My review for Betrayed by Jordan Silver 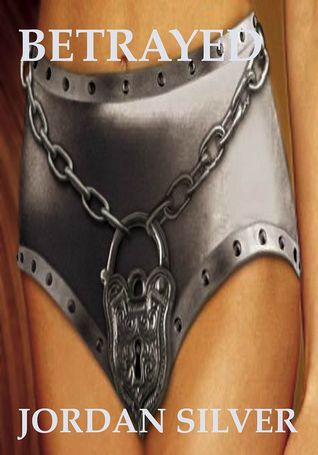 Blurb: Dominic Hearst is a SEAL who has found a life of peace and quiet in the mountains of a mall sleepy town with his young wife of six years. Theirs is a love that nothing can break, or so he thinks. Until this last deployment when he return to rumors of his wife in the arms of another man. Now he’e set on a course of destruction, until his wife turns up pregnant and claims the child is his. Though she’s proclaimed her innocence throughout he was too angry to listen. Now new information has come to light that may cast some doubt on the allegations and this hot blooded soldier is in a race to get to the bottom of the truth before he destroys everything he’s ever held dear.

Betrayed has 13 chapters and an epilogue. It’s about Dominic and Madelyn. I do want to give a warning that Dominic is very harsh in his hurt and he lashes out. So if you are not ok reading an Alpha who is an ass and rough, this story isn’t for you. I’m a huge Jordan Silver fan, so I love her stories.

So, starting off when we open, they are already broken up. He’s loved Madelyn for years and they’ve been together for 6 years, but he just came back from deployment and others told him about her being all on her friend and she told him she kissed him, but he didn’t listen when she said that she didn’t remember anything and both are destroyed cause he kicks her out and is very harsh about it. He’s very pissed for quite a bit.

I do think he was a little over the top over a kiss, but it made for a good read. 3 days after he kicks her out, she shows up and tells him she’s pregnant, so he makes her stay in the guest room. I don’t like that he asked whose baby it is and made her feel like crap. He knows the baby’s his, but in his thoughts he’s trying to make her pay and feel as bad as he does.

Things change when he’s told a few things about Madelyn not acting right and he starts to realize that she was drugged, which made her act the way she did.

There was some hot sex scenes. I liked it. I do wish we knew why Brenda did what she did, but we never find out. Great read. I don’t count it as cheating when she wasn’t aware of what she was doing. They were only separated for 3 days. Epilogue is just a few months later and they’ve had their baby boy. I gave it 4 stars.

Thanks for reading. Hope you check it out. You can get it here: Betrayed