My Review for Savage: A Second Chance at Love by Jordan Silver 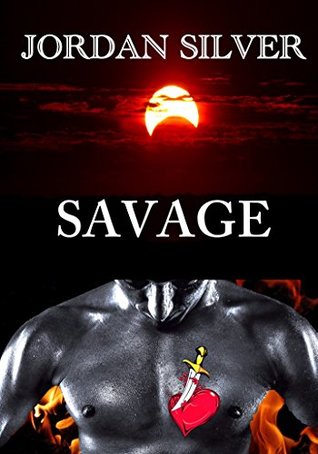 Blurb: Nick Sheridan has known loss all his life. When he was seventeen, he lost the love of his life. More than twelve years later his family was murdered. Now Nick has grown tired of life and all the curve balls it’s thrown his way. There’s a madman on the loose eliminating drug dealers, the same dealers who murdered Nick’s family, and the brass wants him to take him down. As a lieutenant, he’s sworn to uphold the law but Nick no longer cares. There’re only two things he gives a damn about, vengeance and reclaiming the love he’d lost, and nothing and no one is going to stand in his way. Not even the girl whose heart he’d broken those many years ago.

Savage is a second chance story. I love this author, and this is one of my rereads. This is the 3rd time reading. This story has 19 chapters and an epilogue and is about Nick and Shelly.

Starting off we see that Nick is killing men who had a hand in killing his son and wife. It’s definitely on the violent side.

We see that Nick and Shelly were together when he was 17 years old. I know I put no cheating and some reviews said there was. However, if you read the story, you’ll see that she broke up with him before leaving and she was gone a few weeks before he had a drunk night and slept with someone. So, my opinion, no cheating. He thinks: “Michelle had ran off in a huff a few weeks earlier and I was pissed. I thought we were done, since that’s the last thing she said to me before she left.”

He wanted to do right by his son, even though he didn’t love Dee, so he did marry her.

It’s been 13 years since they’ve been together. He says that he didn’t love his wife cause he gave his heart to Shelly.

We see that he’s was a lieutenant and he was very good at his job. Someone decided to take him out and missed, but got his wife and son instead. So he’s getting his revenge and when that is done, he’s planning on going after Shelly. He’s never stopped loving her and wants her back.

We do get to see a little of her point of view. She was heartbroken when she found out he slept with the other girl and she’s made sure to stay away from him for all this time. Slight other woman drama from her memories.

So when he comes back around, he just takes her, no asking if she’ll come back to him. He’s never letting her go again and wants a life with her.

They do get together pretty quickly when he goes to her, with very little groveling and she forgives him way too quickly. I’m glad they do talk everything out so it’s all out in the open.

There is some steamy bits  with rough sex and choking.

He does finish out his brand of justice. They get to live their life together.

I thought it was a great read. I loved it. Not as steamy as some of her other books, but still great.

Epilogue has them married and just giving birth to triplets, 2 girls and a boy. All in all, this was a great book. I loved it. I gave it 4 out of 5 stars.  Thanks for reading. Hope you check it out. You can get the book on Amazon here:
Savage: A Second Chance at Love