My review for Cannon by May Gordon 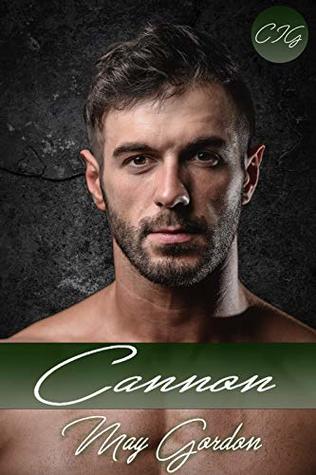 Blurb: Dean Cannon, a founding member of Cannon Intelligence Group, always thought he was meant for the military. His life only about the next mission. So, when the General’s daughter is kidnapped, his team prepared for another routine rescue. But when Dean lays eyes on her, he discovers how different this assignment is and that he was born to be hers.

Harper Reese has spent her life as an Army brat, never having a real home. With a fresh teacher’s degree in hand, she decided to teach underprivileged kids in Columbia. She never imagined that decision would lead to Dean. His height, strength, and intimidating build doesn’t faze her though because she sees the real man underneath.

Running for their lives, danger at their heels, Dean and Harper know they’ve found their missing piece, unaware the threat followed them home. Their relationship will be tested, but what the enemy doesn’t understand is that Dean will move heaven and earth to save his woman.

Warning: Sweet, sexy and safe read! Happily ever after guaranteed! This author writes what she likes to read. That means there will be instalove, OTT Heroes, and, brace yourselves, virgin characters at times. If none of those float your boat, you might want to find another book. If they do, you’re in the right place.

Cannon is the 1st in a new series by this author called CIG. This story has 13 chapters and 2 epilogues and is about Dean and Harper.

In the prologue we see that Dean and his guys have been in the military for years and just completed their last mission as they decided to go private to choose who they help.

Chapter 1 starts 3 years after the prologue. CIG is asked to go after the General’s daughter who has been kidnapped. As soon as Dean sees her picture, he feels the connection.

When Dean rescues her, you can definitely feel the sparks flying. Everything moves super fast. She’s a virgin and he’s been celibate for 10 years.

Someone is still after her. When they get back, even though she agrees to be with Dean, she goes home with her father to tell him about her and Dean and to pack things up. Dean’s not happy because he wants her with him always.

Her sister was awful, very selfish. He’s extremely pissed when he finds out she’s been kidnapped yet again. She’s saved of course and they get married quickly and find out they are pregnant.

Such a great read The only drama is from from the kidnapper who wants Harper. I loved this story. There were a few steamy scenes that were pretty good. Epilogue is 3 years out, then 5 years after that, they are happily married with a son and daughter. She also puts at the end that Phoenix’s story is next and it’ll come out in May. I gave it 4 out of 5 stars.  Thanks for reading. Hope you check it out. You can get the ebook on Amazon here: Cannon (CIG Book 1)