My review for Enthralled With You (Sibling Rivalry) by Jordan Silver 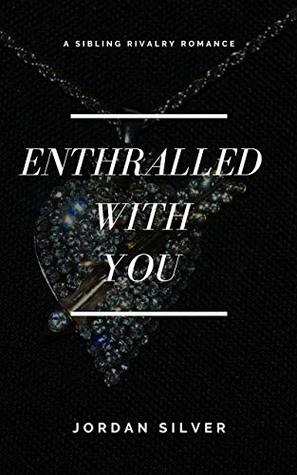 Blurb: Her mother destroyed his parents’ marriage and he had vowed to destroy her before they even met. She was the enemy’s daughter after all. But their first meeting didn’t go as planned. Instead of the manipulative little schemer he’d been expecting, he found an innocent little lamb instead. Or was that too an act? Part of her ploy to draw him in and make a fool out of him, the way her mother had done to his old man? Whatever her game he couldn’t seem to resist her and it wasn’t long before he was caught under her spell, trapped in the same lure that had brought down his dad, or was she what she seemed? An innocent caught in a web of lies and deceit?

Enthralled With You has 22 chapters and an epilogue and is about Elaina and Luke. Huge fan of Jordan Silver.

So in the beginning we see that Luke is pissed at his dad and Elaina’s mom cause they had an affair and broke his mom’s heart. He wants them to pay. Elaina’s mom is terrible. She just wants to use Elaina to help her keep Luke’s dad.

It was instalove when they first met, even though he doesn’t want to want her at first cause he doesn’t know if she’s just like her mom or not.

We find out that Elaina’s mom is drugging Luke’s dad and that’s how she made him leave his mom. She’s terrible. She doesn’t care who she hurts, she just wants more money.

Elaina decides she has to help Luke’s dad and protect herself. Luke’s decided that he wants Elaina and decides to get his revenge on Lisa for Elaina. He hates what she’s had to deal with and that was before he knows what’s really going on.

Everything moves super fast. They both fell for each other pretty quickly. I love that his mother took Elaina in and didn’t hold what her mother did against her.

I really loved this one. Some hot steamy scenes that were great. No separations, no ow/om drama other than her mother. Insta love and she was a virgin. Great read.

Epilogue is about 3 years out, they are happily married with a boy and a girl and are pregnant. I gave it 4 out of 5 stars.  Thanks for reading. Hope you check it out.