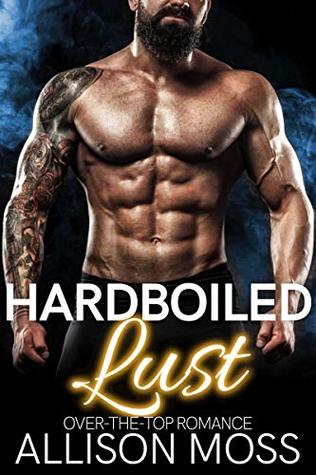 Blurb: Lillian is my boss’s daughter. Being the first man to touch her could get me killed. She’s completely, 100% off-limits.

Lucky for her, I’ve never been good at playing by the rules.

I’m not the type of guy you bring home to meet mom and dad. More like the jacked, tattooed stud you sneak in during your rebellious phase to make your toes curl. And that’s exactly the way I like it. A mob fixer in Sutter City has no time for attachments.

But that’s before the mob boss I work for orders me to act as a bodyguard for his 18-year-old daughter.

Lillian is cute, sassy, and irresistibly attractive. It takes about five minutes for me to realize I’ve never felt this way about a woman before. I want her so badly it hurts, like nothing else in my life even matters.

But this is so, so not allowed. Lillian is my boss’s daughter. I’m supposed to be guarding her with my life, not enjoying the touch of her soft skin, not savoring the sweet taste of her perfect lips.

I guess that’s another thing I’m not supposed to be doing.

Lucky for her, I’m not the kind of guy who does what he’s supposed to.

I’m going to show Lillian how a real man makes his woman feel.

I had so much fun writing Blade and Lillian’s story! This is over-the-top, smutty insta-love of the purest kind. Some action, some adventure, but mostly just a growly, possessive alpha claiming his woman. Happy reading! As always, this book can be fully enjoyed as a standalone read.

Safe. HEA. No cheating, no love triangles, no cliffhangers. 18+

Hardboiled Lust is the 2nd in the Sutter City series. Definitely should read the books in order. Has 20 chapters and an epilogue and is about Blade and Lillian.

Blade has been working for Lillian’s dad, a mob boss for a couple of years. He meets Lillian when his boss asks him to protect her while he’s gone.

Instaconnection as soon as they meet. They both want the other, but also think nothing will happen because of her dad. Little push/pull in the beginning.

Lillian is a virgin and wants him badly. Steamy scenes with a little spanking thrown in. It was a great read. The only drama was from the bad guys and only for a minute.

Everything moves super fast. I loved it. No cheating, no separations, no ow/om drama.

Reads fast. Epilogue is just a couple months out and they are living together.

I did love it, but I do wish the epilogue was a little further out and they were married. I like that we got to see the characters from the first book. There is a free book at the end that is pretty good.