Review: Phoenix by May Gordon 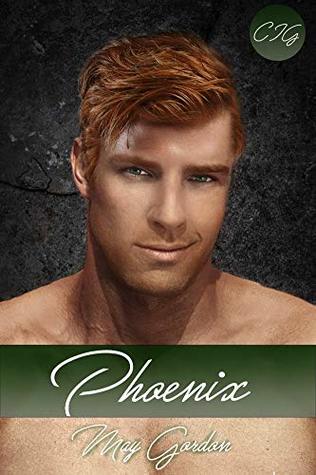 Blurb: Despite his dark upbringing and extensive military career, Mark Phoenix is always quick with a joke and a smile, something he does to hide the impact his tortured past still has on him. Mark believes having a life outside of CIG is impossible, and instead focuses on completing his missions and helping his brothers in arms. Besides, it’s not like he’s ever longed for more like a wife and family. At least, he never used to until he laid eyes on his princess.

Amelia Wittenberg, dubbed the lost princess, has spent years in solitude after being kidnapped from her family’s palace. But when her captors decide it’s time for her to reemerge, fear hits her yet again as she learns she’s to be sold to the highest bidder. She tried to mentally prepare herself for the worst, never daring to hope she’d be saved from the fate that awaited her.

Now on the run, Mark and Amelia find strength in their growing bond as they evade the danger hot on their trail. With both obvious and unknown foes after them, it’s hard to know who they can trust aside from each other and Mark’s team. Will they get their happily ever after? Or will Mark lose the missing piece of his heart when he’s only just know felt whole?

Warning: Sweet, sexy and safe read! Happily ever after guaranteed! This author writes what she likes to read. That means there will be instalove, OTT Heroes, and, brace yourselves, virgin characters at times. If none of those float your boat, you might want to find another book. If they do, you’re in the right place.

Phoenix is the 2nd in the CIG series. This has 12 chapters and 2 epilogues and is about Mark and Amelia.

Mark is undercover trying to find out where the big guy is when he sees Amelia up for sale. She was kidnapped 5 years ago and held until now.

He takes her away to protect her as he’s fallen for her right off the bat. She’s a little skittish in the beginning, but she falls quickly too.

There’s a lot of outside drama as people are after her.

Great read, I thought. Good amount of steam. I loved it.

No cheating, no ow/om drama, no separations-other than when she was kidnapped and held for a few days and I don’t count that.

Epilogue is 5 years out, then at 10 years out. They are happily married with 3 kids. Great story. I gave it 4 out of 5 stars.  Thanks for reading. Hope you check it out.