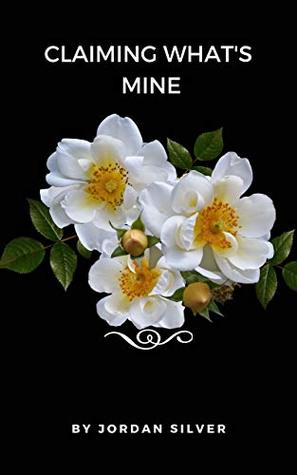 Blurb: I wanted her the first moment I laid eyes on her, but she was already taken. For two years I stood by, dying inside each time I saw them together but I’m not the kind of man to dishonor another, so I walked away. Now he’s gone, taking the easy way out and leaving her to clear his debt. I will take care of it, with one condition. That she becomes completely mine.

I’m a huge fan of this author. Her books are definitely one of my guilty pleasures.

Claiming What’s Mine has 41 chapters with an epilogue and is about Gavin and Giselle.

Gavin and Giselle met 2 years ago and they instantly fell in love with the other. The only problem was Giselle was married. Nothing happened between the 2. Even though they wanted the other, he wouldn’t hurt her like that.

We open up to him going for her as he’s just learned her husband killed himself. I do like that we get some back story.

Yes, he did sleep with someone and was even engaged to her. He definitely didn’t love her. It didn’t bother me as Giselle was married. However, as soon as he knew she was free, before he even spoke to her, he broke it off with Amy. He knows she’s his and he’s not going to let anything get in the way of him having her.

I love that we get both povs. Definitely feel how much they love each other.

There is no waiting once he has her, they’ve waited 2 years.

Lots of steam, which I loved. Some is a little rough, but I thought it was great.

You can feel her emotions when she’s going through everything. She’s been tortured for 4 years, but Gavin is doing everything in his power to help her and make her happy. I loved him. He loves her so much. We don’t have to hear about his past, except when he thought about Amy and we find out that yes he slept with her before and after meeting Giselle, but he quit after realizing that he was thinking of Giselle during. I didn’t hold that against him because he thought he would never have Giselle.

I know there are mixed reviews, but I loved it. I love the OTT alpha who is possessive and jealous. I just loved him. I also love the internal thoughts, I like knowing how they feel which makes it easier for me to feel for the characters.

Safety gang: it is mentioned that her husband forced himself on her, wasn’t descriptive.

Great read. No cheating between mcs, no ow drama-his ex caused no drama, om drama was from her father in law, no separations.

Epilogue is a couple years down the road.They are happily married with 3 kids and pregnant. I gave it 4 out of 5 stars. Thanks for reading. Hope you check it out.