Review: Happily Ever After by K.L. Donn 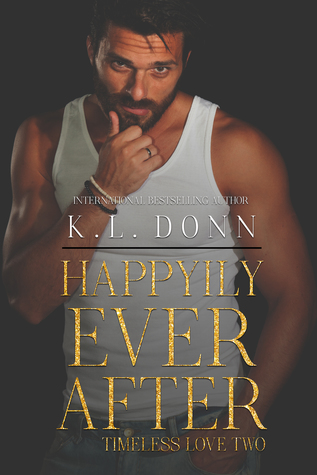 After spending two years in prison for assault of the woman her brother married, Ashley is full of remorse and pain. She’s looking to redeem herself, build a better life, and show her family she wasn’t a mistake. Encompassed in a downward spiral, Ashley isn’t sure how to move on from her past mistakes until she meets a man to show her she is worthy.

Chasing convicts was nothing new to Declan. Making sure they served their time and justice was served, he wasn’t surprised an old friend asked him for a favor. Investigate the girl and find out what she’s hiding. Ashley Powers was young, spoiled, and full of life…Or so Declan was told. The girl he finds is broken and filled with self-hatred.

Attraction leads to romance, and theirs promised, love. If only Declan can convince Ashley that she too deserves her own Happily Ever After.

Newly covered, revised, and freshly edited, From the Ashes has been transformed into HAPPILY EVER AFTER.

Happily Ever After is book 2 in the Timeless Love series and book 2.5 in the Possessed series under From the Ashes. This has 10 chapters with 2 epilogues and is about Ashley and Declan. I do recommend reading Once Upon a Time before reading this one as we meet Ashley in that one.

To be perfectly honest, before starting this one, I really did not like Ashley. In the last, we know she had bullied Cecilia for many years and she didn’t like that her brother fell for her and she took it out on her.

We see she goes to jail for a year for the assault. Definitely feel the emotions in this one, just as the first. She gets bullied and beat on in jail for a year. She realizes that she made Cecilia feel just what she’s feeling and she thinks she’s getting what she deserves.

I didn’t really think that I would feel bad for Ashley as I felt she deserved her consequences for the assault, not getting bullied and beaten in jail, just the going to jail for her crimes.

Wow, you will definitely need tissues. She’s pretty much given up as she doesn’t think she deserves a life.

Declan is hired by her parole officer to figure out what is going on with her. Thankfully, he doesn’t lie to her and tells he exactly what is going on. He felt a connection to her when he seen her picture and he wants nothing more than to help her.

I do think it’s instalove, but she definitely doesn’t feel she’s worthy. Poor girl, I really feel for her.

He’s going to do everything in his power to get his woman to where she needs to be. Healthy and happy. He’s definitely all in from the very beginning.

Neither are virgins. Doesn’t really discuss their past, thank goodness.

They are hot together. Little daddy talk. Little rough, little choking. Have to say, I love the steamy scenes. He was perfect with her and she loved it.

I love that even with everything that she did, Cecilia is very quick to forgive. Declan, he lets her family have it, which I loved. He was there to support her 100%.

There is a little pushing away by Ashley, but only cause she feels unworthy, but Declan doesn’t let it happen at all.

I loved this one. Such a great read. The writing was amazing as it just flowed so well, which makes for a great read.

Epilogue is a couple years out. They are happily married with 2 sons. A beautifully written story. I didn’t think there was any way that I could like Ashley after the last book, but yeah, my mind has definitely changed. Great read all around. I loved it.

I am giving this 5 stars as the writing was amazing, could feel all the emotions of the characters. No way could I give less than that. Thanks for reading.