Review: Ripe for the Alpha by Olivia T. Turner 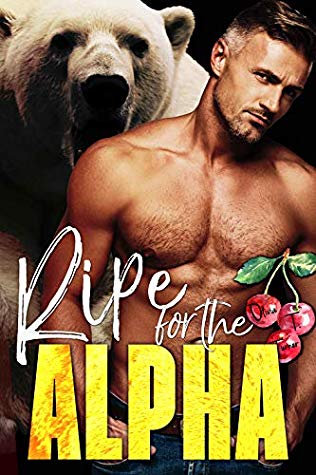 Blurb: I’m in desperate need of a savior.

Kidnapped. Tied to a bed. Out of options. Out of luck.

Until the Sheriff comes roaring in and busts the place up.

He’s just the man I was waiting for.

With the Sheriff, I don’t stand a chance.

He has me on board before he even says one word.

He’s a protective polar bear shifter named Austin Peters, and once he gets his hands on me, he refuses to let me go.

And I can tell by the possessive look in his icy blue eyes that he’s going to keep me.

He keeps saying I’m his territory. That my body is his to claim.

Do you like an alpha who snarls in the streets and growls in the sheets? You’ll love Austin, an older polar bear shifter who takes one look at his young mate and becomes off-the-rails obsessed!

No cheating and a furry HEA guaranteed. Enjoy!

Ripe for the Alpha is the 4th in The Ridge Brothers Bear Shifters series. Can be read in any order. It has 9 chapters with 3 epilogues and is about Austin and Ellie.

Austin is a polar bear shifter and the sheriff. Austin is looking for Ellie as she’s been kidnapped by lion shifters. He knows she’s his mate by the smell of her top he has and he wants nothing more than to find her.

Lots of violence, but nothing is standing in his way.

Instalove/intstaeverything when they meet as they are mates and both feel it. She’s a virgin and he’s not been celibate waiting on his mate as he was married and has a daughter.

Cute story. No real drama after he rescues her. Just a blip when her parents show up, but that was over quickly.

I liked it. No cheating, no ow/om drama, no separations.

Epilogue is 8 months, 6 years, then 20 years laters. They are happily mated with 4 kids. We do get to see where everyone from the previous stories are at kids wise, which I thought was great.

Another great addition. I liked it. I gave it 3.5 out of 5 stars. Thanks for reading. Hope you check it out.