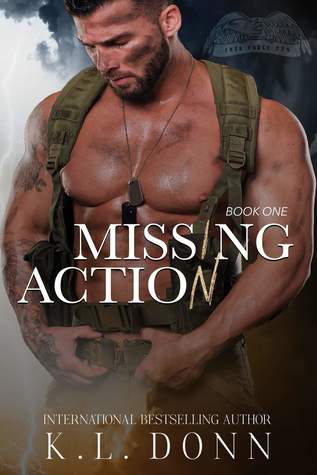 Blurb: Ryder Morrison is a man of loyalty. To his country, his family, his team.

After joining the Navy, he was secretly recruited to Task Force 779, a specialized unit that infiltrates dangerous situations when no one else can — or will. As the communications expert, it’s his job to clear the way for a smooth mission. He knows where the enemy is hidden at all times and when his team can enter a zone safely.

When things go wrong and he’s captured, declared dead before a search can truly begin, Ryder knows that when he makes his way home, his life will be different… better. He’ll live for himself from now on, instead of following where duty takes him.

A woman of mystery and fear.

Codie Ray is a woman filled with pain. Afraid of life and locked away.

She counts to soothe the anxiety. She watches her neighbor because he’s her only lifeline to the outside world. He’s a commitment she doesn’t have to worry will break her. Until the unthinkable happens and her solace is intruded upon.

Ryder comes to the rescue and barges his way into her life, pushing past her barriers, causing Codie to rethink her reclusive lifestyle. Slowly being tormented with mind games from an unknown predator, she battles her better judgment and trusts Ryder to do what he does best… hunt down the perpetrator.

Their connection is instantaneous. Two broken people yearning to be loved but afraid to reach for it. Codie fears Ryder will leave when he discovers just how damaged she is. Ryder worries Codie will remain locked away in her mind, unable to break free.

A surprise mission brings both of their fears to life, and when the walls crumble, Ryder is Missing in Action while Codie is just… missing. Will they find each other again or will they disappear, existing only in a memory?

Missing in Action is the 1st in the Task Force 779 series. Has 23 chapters with an epilogue and is about Codie and Ryder.

Both of their stories are sad.

Codie’s family turned their back on her when she got pregnant and then her baby boy was stillborn, which broke her. Ryder was drugged and tortured for a year before he was rescued.

Three years later and they are both struggling. Codie, she can’t step out of her house. She’s been watching Ryder and he knows she does and can’t stop thinking of her.

Things change when someone breaks into her house and they come into contact. Definitely feel the emotions in this story.

I love how he was with her. He talked to her and was there for her, which she needed. He’s all in from the beginning.

She does push him away for a minute, but he doesn’t go to far. They both make a few mistakes along the way. I don’t like that he left and didn’t contact her.

Only a couple of steamy scenes, but they were definitely hot. Great read, I thought. Never a dull moment. Flows very well.

There’s just them trying to figure each other out with them both being broken, her trying to get better and deal with the person after her.

No cheating, no ow/om drama, separations-yes, as they both needed space and she pushed away.

Mention of rape of a rescue, her story will be told in the next book-not descriptive.

Epilogue is 3 months out, it’s their wedding day. I really wish that it was further out. Even still, it was a very good read. I loved it. I could feel the emotions of the characters which makes for a great read for me. I gave it 🌟🌟🌟🌟. Thanks for reading.