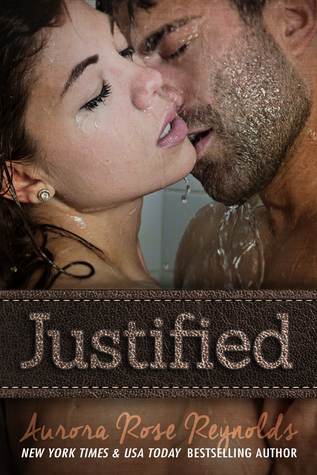 After the first smile, he’s infatuated.

By the first kiss, he’s obsessed.

Nolan sees Chloe through a window of a bakery in downtown Manhattan. At first sight, something about her calls to a piece of him he thought was lost. Without thinking, he begins watching her, and when the moment presents itself, he strikes, claiming Chloe for himself. For a man who is used to getting what he wants Nolan wont let anyone or anything stand in his way.

I reread this one quite often. Definitely one of my favorites.

Justified is the 1st in the Alfha Law Firm series. It has 8 chapters and an epilogue and is about Chloe and Nolan.

At the start, they are already together. Lots of hot sex. She was a virgin when they met. They both fell instantly. He’s very obsessed with her, but she feels the same. You can definitely feel the emotions in this story, I thought.

We see that Nolan’s ex wife cheated on him and got her tubes tied when they were trying to have a baby.

Slight drama when she’s drugged while he is away for a client. Another blip when she gets a picture making it look like he was kissing someone else, but it didn’t really cause any drama between them. With the ex wife, the secretary and the ex’s sister, even with all that , it didn’t last very long.

They were all about each other from the beginning. No separations other than distance. Great read. I loved it.

I love that Nolan doesn’t hide how feels. He loves her completely and it comes across.

Epilogue is 5 years out and they are happily married with 3 kids and pregnant. I gave it 🌟🌟🌟🌟. Thanks for reading.