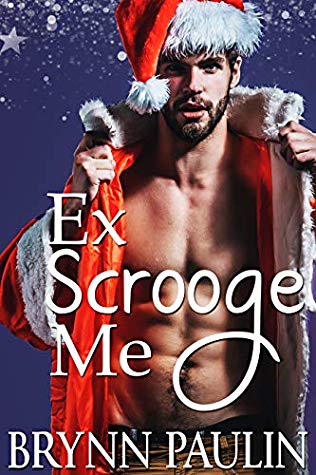 There! I said it! I love Christmas, but being stuck in a car for days with Scrooge McScroogington is enough to make even the most holiday-prone woman wish for the doldrums of February. Worse, Eli McSpadden gets under my skin by just…breathing! Have I mentioned he’s my ex who broke up with me on Valentine’s eve last year. Yeah, Mr.-Gorgeous-and-I-Know-It is the one who broke my heart. But I’m over him.

And I hate him.

There! I said it. When my company relocated me with no noticed last winter, I did the one thing I thought was best. I broke up with the girl I love. I told her we both needed to set down roots in our separate cities. The thought of her “rooting” with anyone else eats at me, but what could I do? Her life is at her university; mine is wherever I get sent.

It took three seconds for me to realize I made a huge mistake, and now that I’m back in town and we’re both heading home for the holidays, I’m going to make it right and hopefully not end up in a ditch—physically and emotionally—while I’m trying.

Ex Scrooge Me is the 1st in the Love for the Holiday series. It has 7 chapters with an epilogue and is about Maisie and Eli.

They were together for years when he was transferred and thought it would be best so she can have a life.

They were apart for 10 months. Neither were with others while apart.

Things do move fast as they are both still in love with the other. They are each other’s one and only.

Just a cute little read. No real drama. I liked it.

No cheating, no ow/om drama, 10 month separation, but once they see each other again, none.

Epilogue is only a couple weeks out. I do wish it was further out. They do get married at the end.

I did like it, I just didn’t really feel the connection between them. Still good and I love the fact that both stayed celibate during separation. I gave it 🌟🌟🌟 ½ . Thanks for reading.