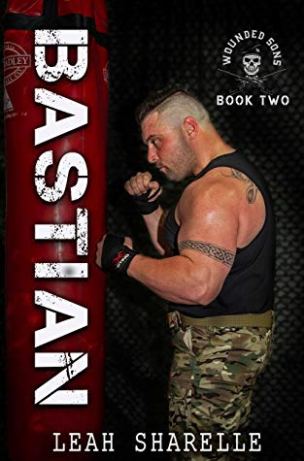 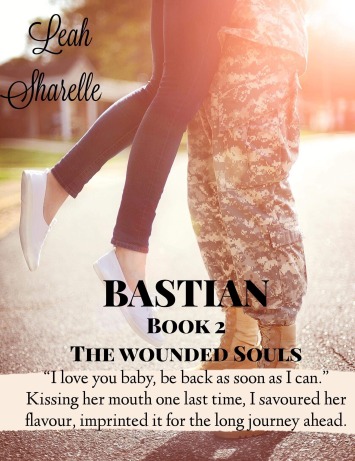 Bastian Johnston had alpha running through his veins; he was after all the son of the Wounded Souls’ sergeant at arms.

Only Bastian didn’t want the cut; he wanted the green beret and dagger patch. So, he followed his best friend and made his dream a reality, he became a soldier and second in charge of the coveted TEAM FIVE commando unit.

Life should be great, right? Wrong. His old man’s legend also followed him on every deployment, building Bastian’s resentment for the man he admired more than anyone.

His only escape was the illegal boxing matches and a curvy blonde bombshell who had completely friend-zoned him.

Wren Hickey was his best friend. She knew him, understood him and she drove him insane with lust every time she was close. It didn’t matter what Wren did; he found everything about her sexy and confusing. He knew she had the same feelings for him so, why wouldn’t she give him a chance?

When the reason came out, Bastian had a choice to make … forget the hurt and finally make Wren his forever, or move on, and look for another reason to make his heart beat.

There was really only one choice for Bastian … but was it Wren’s too?

I received an ARC for an honest review. I’m a huge fan of this author. Her world building is like no other. Definitely recommend reading the Wounded Souls, and read Gabriel first.

Bastian is the 2nd in the Wounded Sons series. It has 20 chapters and an epilogue and is about Bastian and Wren.

Bastian is the son of Deck and Charlie from His Sweetness. He’s a soldier with Gabriel.

Wren and Bastian have been best friends and in love with each other for many years. She friend zoned him, when they both really wanted the other.

I love a story where I can feel the emotions of the characters.

I love how much they both love the other and how close they are.

I do wish that both were celibate while they have loved each other, but thankfully, we don’t have to see that. I absolutely loved that he’s a virgin, even though he messed around with other girls. Just wish that she was too. I can understand her thinking, but I wish she was.

This story was so great and it flowed really well. Kept my attention from the start.

Like I said in the beginning, I do recommend reading the Wounded Souls first, especially His Sweetness.

I love Leah’s writing. I love seeing previous characters as it’s like one big world and we continue to see where they are at, which is one of my favorite things.

Once Wren and Bastian get together, there is no stopping them. It does move fast, but it also feels right as they have been best friends for over 10 years.

Little outside drama, but it wasn’t overly so.

I’m a huge fan of this author and this was just another great story.

No cheating, no ow/om drama, once they get together-only separation by distance only.

Epilogue is a few months out. They are just getting married and having a son. I usually do like the epilogues to be further out, but I know with this author, we’ll continue to see them in future stories.

This was a great addition to the series and just like with previous series, there is a part of the story that continues from one book to the next, so I definitely recommend reading in order. I know I’ve mentioned that a couple of times, but you don’t want to miss out on anything.

Can’t wait for the next! I gave it 🌟🌟🌟🌟. Thanks for reading. If you haven’t read anything else by this author, you need to change that-she is amazing and so is her storytelling.