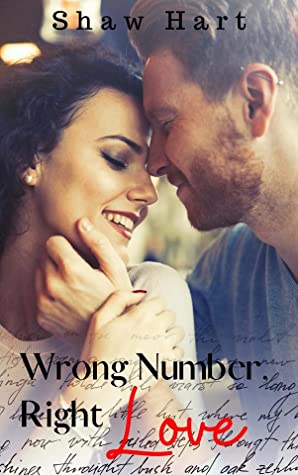 Is it better to be loved or respected?

That’s the message that Hayes Bancroft gets one night. As a movie star, he’s used to getting texts from random numbers that he doesn’t recognize, but most are from other celebrities or from fans who somehow got ahold of his number. He can tell right away that this one is different, though.

Maeve Verbeck is an artist. A glassblower by trade, she spends most of her time alone with her kiln and glass. More of a homebody than a party animal, she spends her free time sending random texts to strangers. Usually, the conversations only last for a couple of messages, so she’s surprised when she texts someone, and it continues past the night.

When these two finally meet, will they be able to survive the heat or will they break like glass?

*Warning: This is a short, quick, instalove read with plenty of heat and just enough sweetness to have you begging for more.

Wrong Number, Right Love is the 3rd in the Love Notes series. This has 12 chapters with the last 2 having the epilogues and is about Maeve-an artist and Hayes-a movie star.

From the very beginning it caught my attention.

Maeve texts random numbers when she gets bored. Hayes is intrigued right off the bat.

I will say I smiled through the texting. It was cute and sweet.

I love that they both fall in love over texting. Even before they see each other, which, it’s hard to believe, but sweet too.

She ignores him for 3 days after someone is rude to her, but he never quit trying to contact her, which I loved.

No talk of their pasts.

I did like it, but I didn’t really feel the connection between them. There was one sex scene, but it wasn’t really steamy.

No cheating, no ow/om drama, no separation once they get together-3 days of ignoring his texts.

Epilogue is 1 year out, then 10 years later. They are happily married with twin boys.