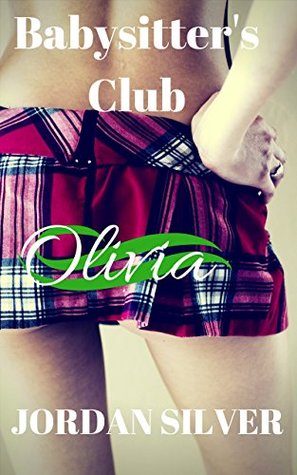 Blurb: I was supposed to be the babysitter, that’s what they told me. What they didn’t tell me, is that they were at the tail end of a bitter divorce and that I would be caught in the middle of a cold war between two parents and children who had already chosen sides, but because of the law, had no real say in what they did.

I’d been hired by the father, a hotter, sexier thirty something I have never seen. At twenty-one and in my third year of college, I needed the job because the pay was good and the hours flexible. Plus, with my new dorm falling through because of a clerical error, I needed a place to stay. So I guess you could say this job fell into my lap at the most opportune time.

This is one that I reread often.

He’s divorced with 2 kids. He hired Olivia to take care of his kids.

So, when we start off, we see them already together. They’ve been going at it like crazy for 2 months. Both want the other something fierce.

There’s lots of hot, rough sex with a little choking. They started out with a no string attached deal, but they both are wanting more.

The ex-wife is still around trying to cause problems, but doesn’t hurt their relationship.

I love that Olivia is all in. She’s been in love with him from the beginning.

Everything moves super fast. They are perfect together. Olivia, she loves the kids just like her own.

I really loved this one. No cheating, no om drama, ow-exwife, no separations.

Epilogue is 4 months, then 5 months later, then some time later. They are happily married with his 2 kids plus a set of twins and just finding out they are pregnant again.