Review: His to Take by Sam Crescent 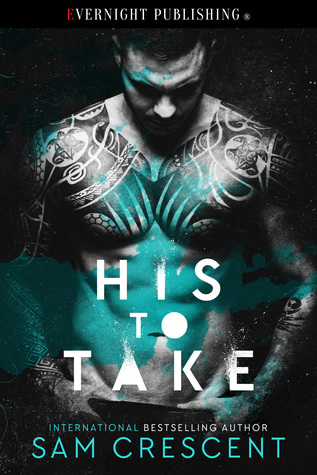 Daniel Solano has to take a wife to make sure a Mafia war doesn’t start. He must marry a Valenti daughter, but the oldest doesn’t appeal to him, even if he will do what needs to be done to keep the peace. But then he meets the youngest daughter, Natalie Valenti.

Natalie has always done whatever she could to stay out of the Mafia life, including avoiding her family most of the time. Still, she’s home for Thanksgiving—and meets Daniel.

Daniel makes it clear he will marry a Valenti—and it will be Natalie. Seeing no other choice, her father orders her to marry Daniel. She tries to fight it, to no avail. She becomes Daniel’s wife, and in doing so, is forced into the Mafia life she tried so hard to escape.

Daniel vows to take care of Natalie, so when someone places a hit on her, everything comes to a head. Daniel won’t allow anything to happen to his wife, and whoever tries will answer to him. But will Natalie ever accept this life? Can Daniel ever give her what she craves … love?

One I reread often.

His to Take has 10 chapters with an epilogue and is about Daniel and Natalie.

Daniel is supposed to be marrying Natalie’s sister as an arrangement so that a mafia war doesn’t start and they can keep the peace. That all changes when he sees Natalie.

Natalie never wanted to be part of the mafia. Her family is terrible, other than her father. She made a deal with her father, but he broke that by giving her to Daniel.

She’s hurt in the beginning, but Daniel takes things slow as all he wants is to make her happy.

Great read, I thought. It’s just really these 2 getting together and learning about each other.

Just a blip of drama with her family, but it was over quickly.

I love how Daniel felt about her from the very beginning.

Safety gang: There is talk of rape, but it isn’t descriptive.

Epilogue is 5 years out. They are happily married with 3 kids.