Review: Always Hers by Jagger Cole 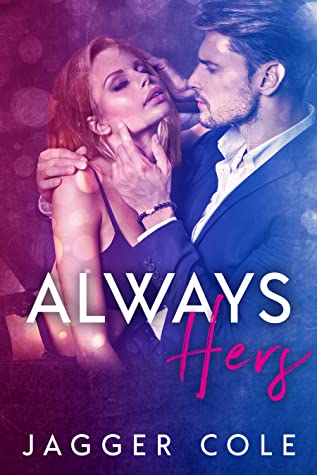 I’ve been saving myself for a man I can’t have.

Carter Holloway was always out of bounds—too old for me, and definitely too gorgeous. He was the crush that crushed me, and then he was gone; presumed killed in action in Afghanistan.

Now with my mother’s illness kicking our butts emotionally and financially, I’m out of options and out of money. The one thing I’ve got left to trade is the v-card I never lost, and apparently, a girl can make a hefty bundle selling it online.

But suddenly, the man I thought I lost is back—hotter, harder, and he’s after what he never took before.

There’s never been anyone for me but Aurora Dawes—never has been, never will be. In fact, I’ve never even touched another woman. But she was always off limits and out of bounds, and so I waited until the day she could me mine.

But war and a roadside IED almost put me in the ground. I survived to find myself a captive—a hostage forced to work for my captors to protect the girl I left behind.

Years later, I’m back and twice as driven to have what was denied me before. I’ve saved myself for her, and now she’s going to get all of me. Now, and always.

Always Hers is the 2nd in the Forever Always series. It has 8 chapters with an epilogue and is about Carter and Aurora. I do recommend reading in order.

They both loved the other, but neither said anything. Both thought they weren’t good enough for the other.

He’s been gone for years and thought dead, just like Luke was. Both were forced into working for different bad guys.

Aurora is struggling with her mom being sick and paying the bills. She decides to sell her virginity to get the money they need.

He’s been watching her for a long time.

Both virgins, which I loved. Makes it more believable that they love each other so much.

This was just them getting together, and just a blip of his past to finish up.

I thought it was good. Love the steaminess. Only thing, for me, is both books are very similar background wise. Still good though.

No cheating, no ow/om drama, no separations once together.

Epilogue is a month out. They are engaged.