My Review for If You Were Mine by Jenika Snow 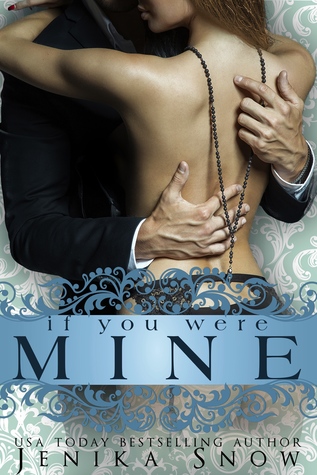 Blurb: *Was included in the Royally Mine anthology. Nothing new has been added, and there were no changes to the story.*

I was just a servant to the royal family, a no one in the grand scheme of things. But my heart belonged to Prince Lennon, the somewhat “Black Sheep” of the family. I didn’t care what others said, or how his reputation for being less than caring about tradition followed him.

I saw the same emptiness in him as I had in myself. I wanted to ease him, let him know that we were meant to be together.

But I would never be seen as anything more than the help.

One day I’d have the nerve to admit how I felt, even if it ended up blowing up in my face.

She thought I didn’t notice her, that she was just a royal servant.

I didn’t care if it was frowned upon that royalty mixed with a commoner. I didn’t care what the tabloids or my family might say. I wanted Daisy more than I’d ever wanted anything or anyone before.

Just being in her presence made the loneliness in me lessen, made me want more than the jewels and riches that surrounded me. Being with Daisy would complete me, and I’d have her.

I just needed to make her see we belonged together.

Warning: If you want a short and sugary (but still oh so dirty) story, buckle up because this one packs a punch. It hits you right where it counts (wink-wink) and doesn’t let up until you get to the Happily Ever After at the end.

If You Were Mine has 8 chapters and an epilogue. It’s about Daisy and Prince Lennon.

Both of them are in love with the other.

She’s a servant to the royal family so she doesn’t think she’s worthy of him.

We see that he doesn’t think he’s good enough for her, but he’s in love with her and wants her just as much as she does.

He overhears that she’s going to the pub and decides he’s going too. He protects her from a guy and takes her back to his room so they can talk.

I love that they tell each other how they feel, there are no games. Little steamy. No drama, no separations. She was a virgin, and neither were with others after meeting.

I thought it was a great read. Epilogue has them married with kids.